A recent study discovered microplastics in human breast milk. While researchers say that the short-term effects are unlikely to be noticed, long-term effects could be dire.

We’ve known the dangers of plastic pollution for a while. For decades, environmental experts have been warning us that our consumption of plastic, especially single-use plastic, could result in extreme consequences for the planet. Now, we are seeing the consequences for humans as well.

While the effects of microplastics are yet unknown, it raises many concerns, especially for fetuses and infants. How will this affect them as well as the future of humankind? And, is there anything that we can do to stop it? While the answer to the former might be unsatisfactory, the latter question has a more concrete solution that your company can start applying today. 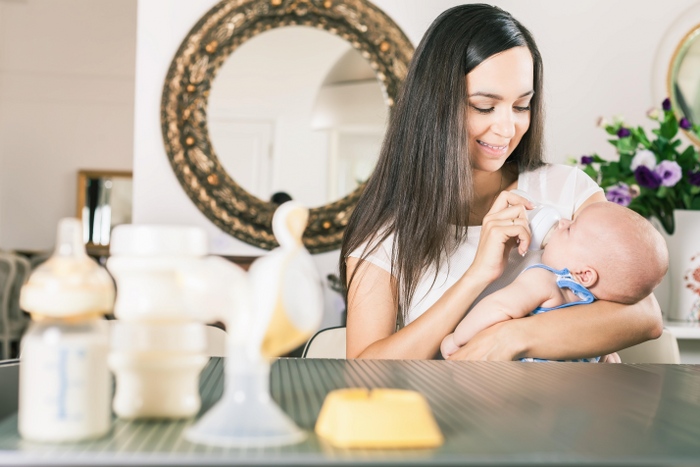 Microplastics have been found in human breastmilk

In a study of 34 healthy mothers, 75% of them were discovered to have microplastics in their breast milk. While the researchers found no ill effects on the breastfeeding children, and they still stress that breastfeeding is a healthier option than formula feeding, this illustrates how microplastics are having a deep and lasting effect, not just on the environment, but on our bodies.

This is not the only study that has discovered the appearance of microplastics in our bodies. Microplastics have also been found in human placenta, human blood, cow’s milk, and polypropylene baby bottles.

The long-term effects of microplastics in the body are yet unknown, but it’s still a concerning realization, especially in regard to infant health. Infants are especially vulnerable to the possible negative effects of chemical exposure due to microplastics.

Dr. Valentina Notarstefano, one of the researchers on the breast milk study, said, “It will be crucial to assess ways to reduce exposure to these contaminants during pregnancy and lactation, but it must be stressed that the advantages of breastfeeding are much greater than the disadvantages caused by the presence of polluting microplastics. Studies like ours must not reduce breastfeeding of children, but instead, raise public awareness to pressure politicians to promote laws that reduce pollution.”

The appearance of microplastics in humans is “inevitable”

Researchers found no connection between the plastic packaging and other plastic products used by mothers and the appearance of microplastics in the breastmilk, which suggests that it’s the omnipresence of microplastic in the environment that causes human exposure.

This causes great concern for a number of reasons. We do not yet know the effects of microplastics on the human body, however, there is reason to believe that the toxic chemicals found in microplastics can have a lasting effect, especially on a developing fetus or an infant.

“It is like having a cyborg baby: no longer composed only of human cells, but a mixture of biological and inorganic entities,” said Antonio Ragusa, who led the above-linked study on microplastics in human placenta. Only time will tell the long-term effect of this type of pollution. 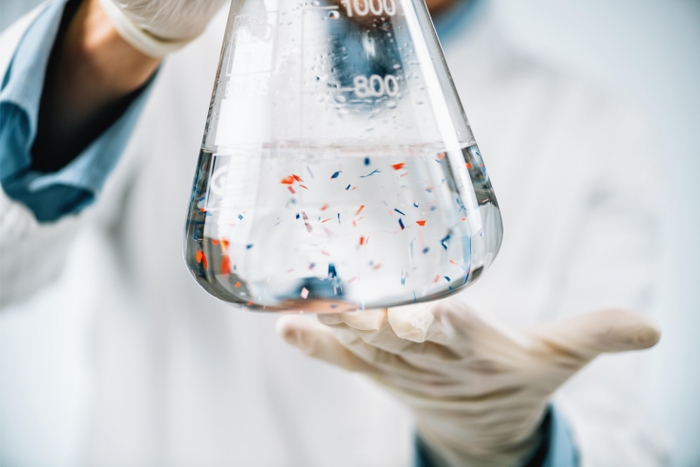 Where do microplastics come from?

Microplastics are defined as tiny plastic particles that are less than 5mm in diameter. However, they are often much, much smaller—small enough to appear in blood and breast milk. These types of microplastics are often referred to as nanoplastics, but the terms are sometimes used interchangeably.

Some microplastics come from commercial products, like face wash with exfoliating beads, and other microplastics, called secondary microplastics, are the result of other types of plastic waste, like clothing and plastic bags, breaking down into microscopic particles. Due to the vast amount of plastic that people use, microplastics are now found quite literally everywhere, from Everest and Antarctica to beer and food. They have now become part of our daily lives without us realizing. 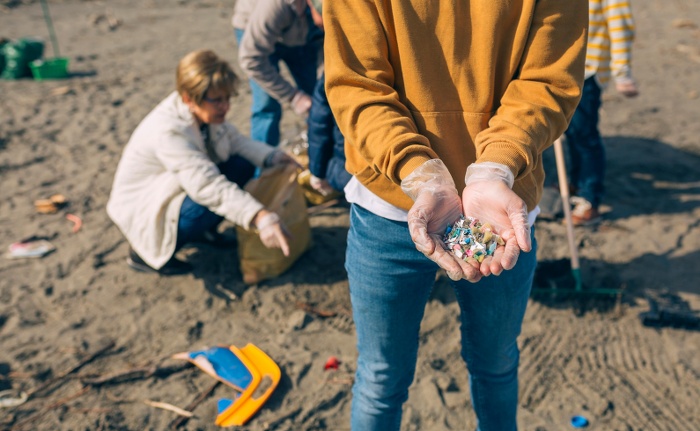 While many researchers aren’t overly concerned about the current effects of microplastics, they worry about the future; if the plastic pollution problem continues to grow, we will see more and more microplastics in the human body, and this can result in great consequences.

Vulnerable communities, and women especially, are at the most risk. These communities are most exposed to plastic through mismanaged plastic waste, single-serve plastic sachets for shampoo and detergent, and cleaning supplies. It is those in these types of communities who will first experience any detrimental side effects of microplastics.

Limiting plastic production and consumption can stop the dangers of microplastics

While the vast amount of plastic pollution and microplastic found in this world might be overwhelming, there is still hope. Environmental experts agree that all stakeholders (individuals, businesses, and governments—need to do their part to reduce pollution, companies are in the best position to help limit plastic pollution and prevent microplastics before it becomes a global health concern. This is for a number of reasons:

Although researchers aren’t currently concerned about the number of microplastics found in humans, this is unlikely to be the case forever. Rather than waiting until microplastics become a health hazard, we must do what we can to limit plastic pollution now.

Companies can do their part by eliminating single-use packaging, opting for reusable bags over plastic bags, and minimizing the amount of plastic that they offer to consumers and use internally.

While individuals and households have a role to play in the reduction of plastic consumption and subsequent pollution, it’s companies and producers that have the biggest role to play when reducing plastic waste. For this reason, regulatory ideas like Extended Producer Responsibility, are gaining popularity in many countries. These regulatory practices place the brunt of the responsibility for environmental issues on businesses because they are the ones who are in a position to make a difference.

However, you don’t have to wait for regulations to require more environmental practices. Reducing plastic waste within your company isn’t just good for the environment; it’s good for business, too. (Read more about how here.)

Take the first step by buying reusable bags with bk-bags

Reusable bags offer a fantastic solution to plastic bags. They align with the waste hierarchy—the ranking of waste management according to environmental experts—which states that reusing materials is the best option for waste management behind waste prevention. A durable reusable bag can be used for years and will save thousands of plastic bags in its lifetime.

At bk-bags, we offer a wide selection of reusable bags to suit the needs of many different types of retailers. From durable, waterproof woven polypropylene for grocers to beautiful bamboo bags for fashion retailers, your company can find reusable bags that their customers will love.

Each of our bags comes with the guarantee of responsible sourcing. We carry third-party certification to ensure the ethical sourcing of all materials, and we carefully vet all of our vendors to ensure the highest standards of sustainability and fair trade. These practices add that extra layer of sustainability beyond simply offering reusable bags, and any sustainable company can feel good offering our products on their shelves.

Taking the first step toward a sustainable business model doesn’t have to be difficult. Contact bk-bags today to discuss more.